Treating Sleep Issues in Military May Ease Other Health Issues

Mindfulness-Based Therapy as Good as Meds for Depression, Study Says

Their study, published April 21 online in?The Lancet, found this new therapy was as effective as?antidepressant?drugs in preventing a recurrence of?depression?over a two-year period.

“Depression?frequently is a recurring and relapsing disorder. People suffering from it are wise to look at ways of maintaining wellness after their depressive symptoms have resolved,” said Dr. Roger Mulder, head of psychological medicine at the University of Otago in New Zealand. “Mindfulness-based cognitive therapy appears to offer one way of doing this.”

“There are alternatives to remaining well after being depressed besides being on long-term medication,” added Mulder, who wrote an editorial accompanying the study. The mindfulness therapy appears to cost no more than medication and has no side effects, he noted.

The program is intended to train the mind and body to respond more constructively to experiences in hopes of preventing another slide into?depression, said the researchers, led by Willem Kuyken, a professor of clinical psychology at the University of Oxford in England.

“Much like with cognitive behavioral therapy, people being treated with mindfulness therapy initially see their therapist on a weekly basis and then taper off to less frequent sessions as skills are built before ending the treatment,” he said.

In the new study, 424 people with?major depression?were assigned to either mindfulness-based cognitive therapy or to?antidepressants. Over two years, the relapse rates were similar — 44 percent in the therapy group and 47 percent in the medication group. 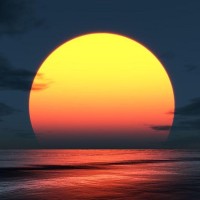 Permanent link to this article: http://anxietywellness.org/disorders/generalized-anxiety-disorder-gad/mindfulness-based-therapy-as-good-as-meds-for-depression-study-says/

How I Tamed the Anxiety Beast | Anxiety Guru

Do you suffer from tech anxiety?

10 Signs That You're in a Relationship with a Narcissist